Cyberwatching.eu organised a webinar entitled "Effective protection of Critical Infrastructures against cyber threats" taking place on 29 October 2020 at 11 AM CET, in collaboration with CyberSANE, CYBERWISER, ECSO and REACT projects.

Critical Infrastructures nowadays rely on advanced technologies and robust ICT components for managing efficiently the large amounts of data that are necessary for the daily operations, communications, and in general, to provide different kinds of services depending on the specific sector of their activity such as energy, water, health, finance, transportation, among many others.

The high use of technologies combined with the use of smart devices and different types of software and hardware makes Critical Infrastructures a vulnerable target to every day more sophisticated attacks coming from hackers and cybercriminals. During September 2020, fourteen attacks were reported by the Center for Strategic & International Studies (CSIS) and all of them targeted Critical Infrastructures not only from the European Member States but around the world (e.g. ransomware attack on a German hospital which may have led to the death of a patient; the French shipping company CMA CGM SA saw two of its subsidiaries in Asia hit with a ransomware attack that caused significant disruptions to IT networks; and two sets of cyberattacks targeting emails of several members and employees of the Norwegian parliament and public employees in the Hedmark region).

Fortunately, the European Commission understands the importance of effectively protecting these infrastructures providing essential services to citizens, hence their investment on innovative systems contributing to tackling this situation. Join us on this interesting webinar where the projects CyberSANE, CYBERWISER, ECSO and REACT will present their ambition and approach to providing Critical Infrastructures with advanced systems for timely detection, monitoring, handling and treating different risks and attacks. 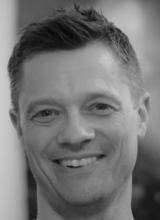 Nicholas Ferguson, Digital Communications Strategist & Project Manager. Nicholas has an MSc in Educational Management and a BA Hons in Politics and Sociology. He is the coordinator of the Common Dissemination Booster (CDB) as well as the coordinator of cyberwatching.eu. Previously, he was the coordinator of the CloudWATCH2 project and deputy coordinator of CloudWATCH, SLA-Ready, SIENA and OGF-Europe. He excels in building & promoting innovative tools and services in the ICT innovation landscape. His work focuses on raising awareness of novel tools and services in ICT, in the private, especially SMEs and public sectors as well as providing contributions to the adoption of ICT Standards. Since its launch in 2009, Nicholas managed the Cloudscape Series, www.cloudscapeseries.eu that grew from a funded initiative by the EC to becoming a self-sustaining event attracting international thought leaders in the cloud space in Europe. Nicholas has also played an instrumental role in the evolution of the yearly concertation meetings of the CloudWATCH & CloudWATCH2 projects.

Evangelos Markatos (M) is a professor of Computer Science at the University of Crete. He  received his diploma in Computer Engineering from the University of Patras and the MSc and PhD in Computer Science from the University of Rochester. He is the founding head of the Distributed Computing Systems Lab at FORTH-ICS where he conducts research in the broader area of computer systems with a special emphasis in Network Security and Privacy. He is the coordinator of the (i) PROTASIS Marie Sklodowska-Curie project dealing with Security and Privacy for the IoT and (ii) REACT  project  that deals with secure software. He has been a member of the permanent stakeholders group of ENISA (European Network and Information Security Agency) and a member of the Academic Advisory Network of Europol’s EC3 (European Cybercrime Center). He has served (i) as the founding coordinator of  SysSec: The European  Network of Excellence in Threats and Vulnerabilities for the Future Internet, consisting of 8 partners and more than 70 associated partners funded in part by the European Commission, (ii) as the coordinator of the NoAH project which installed one of the largest academic Network of honeypots  in Europe, and (iii) as the founding member of SENTER: The European Network of the National Centers of Excellence in Cybercrime Research Training and Education. Prof. Markatos has co-authored more than 150  publications in top conferences and journals including  ACM SOSP, IEEE HPCA, ACM/IEEE ToN, IEEE JSAC, USENIX Security, INFOCOM, etc. According to Google Scholar his work has received more than 7,000 citations with an h-index of 42. 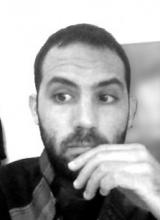 Niccolo is a Communication & Web Marketing Specialist at Trust-IT Services. He received his diploma in Digital Humanities from Pisa University and his experience incorporates both digitised and born-digital materials and combines the methodologies from traditional humanities disciplines and social sciences with tools provided by ICT computing and digital publishing. 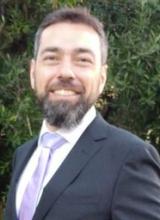 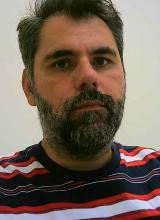 Spyros Papastergiou, CyberSANE & Maggioli
Dr. Spyros Papastergiou (male) is a Senior Research Consultant at Maggioli where he manages and coordinates EU projects. His research focuses on the protection of the Critical Infrastructures (CIs) from malicious intrusions and security breaches as well as the risk assessment and evaluation for emergency response operations and he has authored over 40 publications in the above fields. He has been involved in a set of European and national research projects (etc. MITIGATE, SAURON, Operando, Cybersec4Europe, Cybersane, Cyrene, and AI4Health). Also, he has active participation in various Cyber Defence Exercises organized by the Hellenic National Defense General Staff, NATO and ENISA.
Facebook Google Plus LinkedIn Twitter